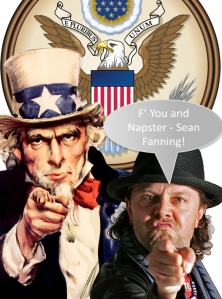 Today is the 10th anniversary of the Digital Millennium Copyright Act (here), which was signed into law by President Bill Clinton on October 28th, 1998. The act essentially criminalizes the production and dissemination of technology, devices, or services intended to circumvent measures (such as DRM) that control access to copyrighted works and it also criminalizes the act of circumventing an access control, whether or not there is actual infringement of copyright itself, it essentially makes DRM hacking, among other things, a crime.

Over the last ten years, the DMCA has done far more harm to fair use, free speech, scientific research, and competition than it has to digital piracy. Measured from the perspective of the public, it’s been a decade of costs, with no benefits,” said EFF Senior Intellectual Property Attorney Fred von Lohmann. “The music industry has given up on DRM, and Hollywood now relies on DRM principally to stop innovation that it doesn’t like. It’s time for Congress to consider giving up on this failed experiment to back up DRM systems with misguided laws.”

Trying to address the problem through technology is also a losing battle. Sony tried to prevent digital copying of CD’s with its Key2Audio technology (here). They spent millions and it was defeated with a $1.35 sharpie marker. Their attempts to install a rootkit were even less successful (here) and the backlash was deafening. Students at Georgia Tech are working on a technology to block the functioning of video cameras in movie theaters (here), and Paris-Based Thomson is working on a technology that inserts “artifacts” into the the frame that are picked up by camcorders (here), essentially the movie could be covered with watermarks such as “you are viewing a pirated film”.

Unfortunately, those who want to pirate are clever and will find ways to bypass all these laws and mechanisms. Millions, perhaps billions, will be spent trying to stop copyright infringement. Piracy will continue, virtually unimpeded, and there is very little the media industry or the government can do about it.

Well except one thing. That is to lower the demand for pirated media. Bollywood does this by releasing DVD’s at the same time movies are released in the theater. Wouldn’t this lower theater profits you ask? The same thing was said about VHS and video rental stores, but sometimes you really want to see a movie in the theater – anyone stand in line for Batman, Indian Jones, or Star Wars Episode III, even though all of these movies were available on torrent sites prior to release?

Hollywood seems to have a lack of understanding for the appetite of the consumer. If they want to be successful at limiting piracy, and all they can do is limit piracy, they have to lower demand. They can lower the demand for pirated media by releasing movies through DVD, cable TV, and the Internet at the same time movies are released in the theater. They can lower pirating of music by taking advantage of innovation around the distribution and licensing of higher quality recordings. They can find unique ways to partner, market, and charge for them. Simply put they either figure out how to leverage the new digital mediums to satisfy the consumers appetite or they lose out on billions of dollars in potential revenue and licensing fees, and trust me if any group can figure out ways to keep the gold plated toilets at 50 cents mansion shiny and the Porsche humming in Lars Ulrich’s 12 car garage, it will be the the MPAA and the RIAA.

To learn more: The EFF (Electronic Frontier Foundation) has been tracking the unintended consequences of the DMCA over the last 10 years (here)

Update: Interesting story on Electronic Arts Game “Spore” and the backlash on their use of DRM with the game (here)